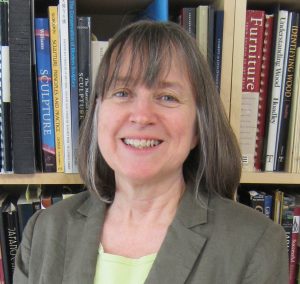 Marianne Webb set her sights on the conservation profession in 1972 when she discovered that is was a mix of her two favourite subjects: art and chemistry. Marianne received an honour’s degree in Fine Art from the University of Toronto in 1976 and a diploma in Art Conservation Techniques from Sir Sandford Fleming College in 1982. She was the Decorative Arts Conservator at the Royal Ontario Museum in Toronto for 29 years, where, in addition to her regular work she carried out research into materials, techniques of manufacture, and deterioration of Asian lacquer and other decorative coatings. She developed new conservation treatments for lacquer during this time.

She received the Samuel H. Kress Publication Fellowship in 1997, awarded by the American Institute of Conservation, to write a manuscript on a conservation subject. The manuscript was published in 2000 as Lacquer: Technology and Conservation. In 2014 Marianne was awarded a six-month Guest Scholarship to research Asian lacquer at the Getty Conservation Institute.

Marianne has always been committed to supporting conservation organizations through active participation. She served as the secretary for the Toronto area conservation group for seven years beginning in 1982. Twice she was the program chair for the annual CAC conference. She was a founding member of the ICOM- Committee for Conservation – Working Group on Lacquer, and served as its coordinator for 12 years. She served on the CAPC Board as Member-at-large for four years and the President for two years. During that time, she rewrote the by-laws to match the new standard set out by Industry Canada, initiated the development of CPD, the review of practices and procedures for accreditation, and the launch of the new CAPC website.

Currently Marianne is based in British Columbia and working with the Getty Conservation Institute on a 5-year project to develop safe and effective cleaning techniques for Asian lacquer.